On Race and Food Security in Detroit and Cape Town

by Tasha A. Byers 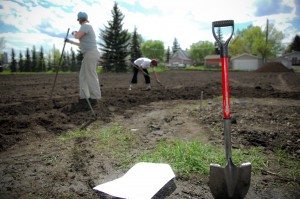 Food insecurity – the unavailability and structural inaccessibility to adequate levels of food to the majority of any population — affects women, children, rural poor, and ethnic minorities in North America, Europe, the Middle East, Latin America, Asia, and Africa. It is a problem that concerns local food systems, but it is global in scope.

Food insecurity is also an impediment to the well-being of the predominantly black populations in cities like Detroit, Michigan, in the United States and Cape Town, South Africa. Historically, the black populations in these countries suffered from racially discriminatory and segregationist policies. Although later abolished, the residue of those policies created the present economic and spatial barriers that now prevent urban blacks from easily accessing healthy and nutritious food.

Consider: as a consequence of ongoing housing, education, and employment discrimination, African-Americans have become the urban poor in Detroit. Discrimination has affected food security on several levels, including: inability to support local supermarkets, which subsequently relocated to white neighborhoods; and lack of adequate transportation (specifically the fact that many African-Americans do not own a car in a region not supported by adequate public transportation), which reduces access to supermarkets that have inexpensive but healthy food [i]. As a result of these factors Detroit’s African-Americans are over-reliant on fringe foods offered in convenient stores, which are typically high in fat and low in nutrient value [ii]. Indeed, the 2009-2010 Detroit Food System Report estimated that food insecurity in Detroit was more than double the national rate of 14.7 %, which is particularly alarming, since blacks continue to comprise a majority of the population [iii].

Black Africans and Coloreds (those of mixed race) in Cape Town are similarly disadvantaged in their access to food. The recent process of supermarketization, starting in the late 1990s, has increased the number of supermarkets in the townships [iv]. However, overcrowded and unsafe public transportation makes it difficult to carry cash and buy in bulk, thus dissuading the population from shopping at supermarkets. Therefore, blacks tend to shop at local spazas, where food is more expensive and much less healthy compared to the food available in supermarkets [v]. Moreover, since black Africans and Coloreds reside on the outskirts of the city [vi], they face long travel times to work and school, reducing the time available to shop and prepare nutritious meals. Instead, many rely on meals at small restaurants that serve expensive but nutritionally poor food [vii]. In 2008, the African Food Security Urban Network reported 80% of 1,060 households in the three sites sampled in Cape Town were moderately or severely food insecure — all three sites contained predominantly colored or black populations. Moreover, these urban populations maintained diets high in fats and caloric sweeteners [viii].

One way in which both Detroit and Cape Town have attempted to reduce food insecurity and create a more equitable food system is through inclusion of the black population in the policy-making process. In Detroit, the Detroit Food Policy Council worked with diverse stakeholders from the black community on the “Creating a Food Secure Detroit” policy, which the Detroit City Council approved in 2008.  Similarly, in 2006, the Cape Town City Council also included diverse stakeholders in developing the urban agriculture policy.

The inclusion of previously excluded groups in the policy-making process, however, is insufficient for attaining food security. Ultimately, food security requires the removal of social, economic, and legal barriers to facilitate access to healthy, adequate, and nutritious food [ix]. For instance, the “Creating a Food Secure Detroit” policy is a comprehensive food security policy [x]: it addresses areas such as the role of schools and other public institutions, the necessity of urban agriculture projects, placement of bus lines giving direct access to grocery stores, economic justice, and the call for racial justice. The policy also calls for public subsidies for business in exchange for provision of healthy, nutritious food. In contrast, the Cape Town City Council’s urban agricultural policy does not emphasize food security or attempt to eliminate the economic, social, and spatial barriers to access. Rather, the urban agriculture policy advocates job creation through community garden projects, support of local farmers, and enables previously disadvantaged people to participate in the land redistribution for agricultural development program [xi].

The absence or presence of food security policies in Detroit and Cape Town might be explained by the absence or presence of food oriented social movements. The Detroit Food Policy Council (FPC), which recommended the food security policy to the local government, emerged as a result of the local food movement in the United States. The local food movement, starting in the 1970s, was a social movement, which protested fast food, the use of chemicals in food, factory farms, and the inequitable politics of the food system. In South Africa, there are several non-profit groups working on gardening projects and food redistribution programs. Moreover, a small “foodie” movement exists in which people attend farmers’ markets [xii]. Overall, however, South African civil society has remained highly immobilized on issues pertaining directly to the underlying structural barriers – food security [xiii].

It is clear that civil society is not the only factor affecting the outcome of food security.  The local government, private sector, and civil society must work together in order to reduce food insecurity. Unfortunately, healthy, nutritious food is not universally recognized as a public good [xiv] (it is only available to those with the means to pay for it).  Local government must provide subsidies to private firms to motivate them to produce a sufficient amount of nutritious food, even for those who are unable to pay for it. Moreover, local governments must also promulgate a series of policies that removes the social, economic, and legal barriers that prevent access to food. Finally, civil society must mobilize to compel local officials to institute food security policies and change existing policies.

Although there are still outstanding questions about the current FPC model and its application worldwide, the Food Policy Council model (90 FPCs exist in North America in different forms) appears to be the most constructive approach to producing this strategic interaction, and hence the policies that are likely to produce food security outcomes.

Tasha Byers is a graduate student at the London School of Economics, where she is studying comparative politics in the Department of Government. Her interest in food security stems from her time working at a non-profit organisation in Minneapolis, Minnesota, in the United States, as well as her experience in local, state, and federal politics in Minnesota and Washington, D.C.

Read more on this topic in SEN: Food and perceptions of justice in Africa