Everything Must Go: Liquidating and Lessening Hmong Cultural Heritage in Laos

Textiles are an influential site where gender ideals and national, local and ethnic identities are produced and expressed. However, with the advent of tourism and consumerism of fourth world products in Laos, the tensions between quantity and quality, local markets and global markets and meaning and meaninglessness have become magnified. This photo essay will examine some of these tensions and demonstrate how the authenticity of only a few textiles and designs has been preserved.

Cohen (2000) writes that with commercialism and tourism many crafts fade away, while at the same time others are promoted – just in a simplified form. And though this may have been the case in 2000, in 2011 the vast majority of contemporary Hmong products are commercial items devoid of any profound cultural meaning. Tourist objects still contain old, remnant motifs, but they are made for tourist consumers oblivious of the Hmong, their cosmology and their traumatic history. Moreover, some textiles in the market are made in China. Hmong textiles have become mere commodities, sold to non-Hmong as toys or wall decorations. Textiles are sewn together quickly for mass consumption. Contemporary cloth only represents cash to its producers and a portable experience to the consumer. Designs are created based on economic demand. Thus, the textiles are increasingly atemporal and aspatial. The once symbolically saturated textiles become hollow objects, filled only with vague remembrances of decontextualised holiday memories from nondescript regions in Laos, Thailand or Vietnam. As the Hmong’s world shrinks, most of what is produced becomes part of the global throw-away society. 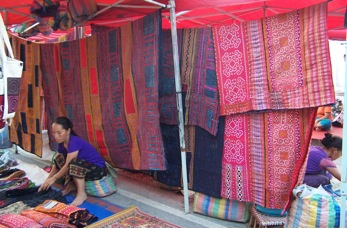 Picture 1. Quilts on the right are reportedly made in Chinese factories.

In Luang Prabang’s night market, very few traditional designs are found in their original form. Most of the objects in the night market are for tourist consumption, and a vendor I came to know well informed me that many of the more complicated quilts and handbags are actually mass produced in Miao towns in China (see picture 1). 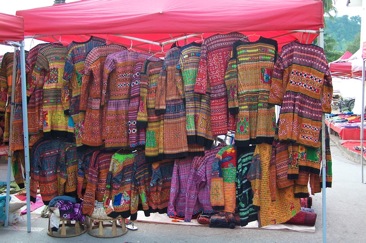 Picture 2. Shirts produced for tourist consumption. These textiles retain conventional motifs. However, the motifs are no longer ‘saturated’ with meaning. 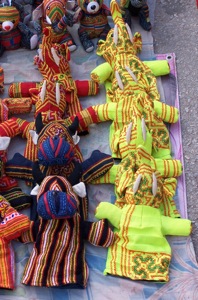 Picture 3. Children’s hand puppets. The blue muzzles are imitation print of conventional batik. In the past the batik/indigo cloth was made of hemp, used for wedding skirts. These items, however, do not appear to be made of hemp 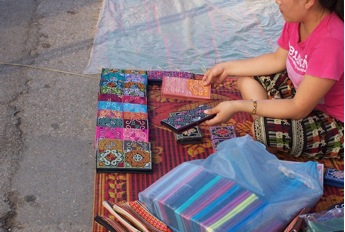 In contrast, textiles created for Hmong consumption are painstakingly sewn and take years to produce. They still symbolise their ancestors, the bonds between families or pan-ethnic unity. What they produce for themselves is guarded, becoming more significant and concentrated sites of meaning. These pieces are cherished, used only on occasion, and represent deep and salient morals and values (see pictures 5 and 6). The Hmong textiles express their identity, display wealth and are a medium for the journey into the afterlife (Craig 2010). The textiles also represent the Hmong cosmos and protection (Livo and Cha 1991; Fadiman 1997; Cohen 2000). 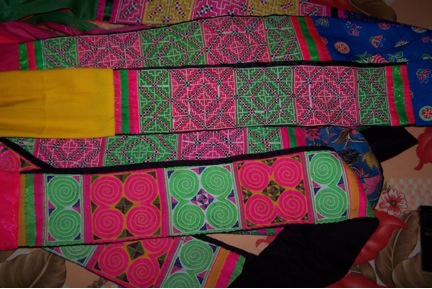 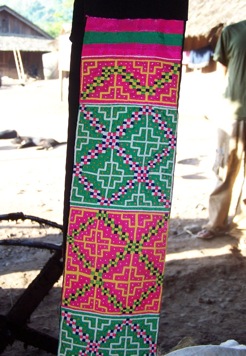 Picture 6. Man’s funeral belt with squared squares linked together. This is a relatively new motif. In the past the squares were never linked together. Reportedly, this represents that all Hmong are one people.

The traditional cloth is worn by young and old women during special occasions such as the Lunar New Year or wedding ceremonies (see picture 7). Yet much of the Hmong textiles’ sacred use and the meaning attached to those rituals have disappeared or have been relegated to intimate private affairs. One might predict that Hmong textiles and the associated meanings will be lost as has been the case for much folk art with the introduction of mass produced utilitarian goods and other global trends such as tourism. The Hmong have made a dichotomy of what they produce for themselves and what they produce for ‘others’. In addition, they still value a woman’s ability to sew. This suggests that even though the Hmong might not overtly expressed  their identity through dress as they did in the past, ethnic identity is expressed and maintained in the textiles they produce for themselves. This may be because the Hmong see themselves as members of different communities: as white or blue Hmong, as Laotians, or as part of a global pan-ethnic Hmong community. Thus, an examination of how, where and what textiles they make tells us about their identity. Their textiles reflect how they see themselves and how they believe others see them, too. 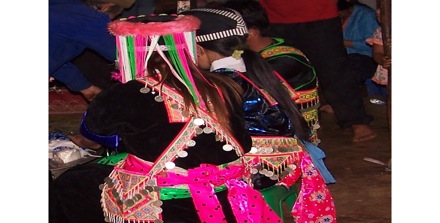 Picture 7. The bridesmaid, bride and groom (from left to right) wear a mixture of contemporary clothes and belts. The colours are in red and green. The sailor’s tags and straps with hanging silver coins follow convention and contain traditional motifs. The groom’s vest follows similar conventions. Note, however, that the bridesmaid is wearing a Chinese Hmong hat while the bride wears the more conventional headdress.

Dr. Simeon S. Magliveras is a Post-Doctoral Research Fellow for the School of Art, Media and Design at the Nanyang Technical University, Singapore.

All photos courtesy of Dr. Magliveras.

Fadiman, A. (1997). The Spirit Catches You and You Fall Down: A Hmong Child, Her American Doctors, and the Collision of Two Cultures. New York: Farrar, Staus and Giroux.