To launch our new theme on extremism and violence, SEN Journal: Online Exclusives is delighted to present a specially commissioned piece by Amy Cooter on the issue of predicting violent action. Over the next few weeks, we will be posting a selection of previews from the print edition of the journal as well as number of new pieces of writing on this new theme. 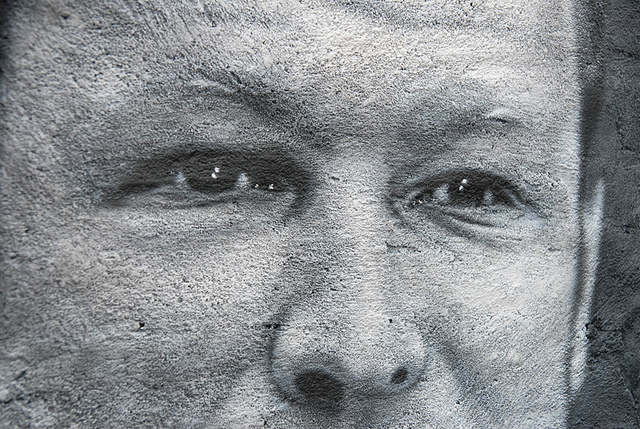 When researching groups on the political far-right, an important and commonly asked question is: How can we predict which groups or individuals will eventually participate in violent action? In recent weeks, this question has become increasingly pertinent as we’ve witnessed the sentencing of Norway’s mass murderer Anders Breivik and numerous mass shootings in the U.S., including Wade Page’s terrorism at a Sikh temple in Wisconsin.

Human behaviour is an incredibly complex and fluid amalgam of social and psychological factors, and it is unlikely that we will ever develop an accurate predictive tool to consistently identify such perpetrators before they act. Such a tool certainly cannot be developed in a short blog post, but here I will briefly present some issues that are important when assessing violent events of this nature.

We sometimes hesitate to label the actions of apparently rogue individuals as ‘terrorism’, especially, it seems, if the perpetrator is white; however, actions by Page and others are intended not only to kill, but to make a political statement and to make people afraid to go about their day-to-day activities.[1] Avoiding the label of ‘terrorism’ amounts to avoiding the broader ideological structures in which the perpetrators are engaged. This in turn may cause us to overlook certain risk factors for additional violence and may limit how we conceptualise possible preventative efforts.

In other words, when we talk about ‘rogue’ or ‘deranged’ shooters, it may be too easy to forget that not all of these perpetrators are found to be mentally ill. Many of these attacks are highly rational in the sense that they are carefully planned, kept secret, and set into motion in a very detailed and organised manner, with full knowledge of the deadly consequences that are likely to result.

A medical model known as the ‘diathesis-stress model’ that is often used to explain the onset of mental illnesses may nonetheless be useful for our understanding of extremist violence. Usually, the model refers to the diathesis as an inactive biological feature—a dormant gene, for instance—that becomes activated when an external stressor—a traumatic life event—occurs. That is, there is some internal defect that only becomes problematic when an external stress is applied. When using the model for violent behaviour, we might understand the diathesis to be a set of extremist beliefs and predispositions (e.g. racism, xenophobia) that are converted to violent action after someone e.g. loses their job or otherwise believes oneself to be a victim of a despised outgroup member. For example, Tom Metzger’s White Aryan Resistance newsletters are rife with letters to the editor detailing how the writers became convinced of the need for their involvement in a white power movement after they believed they lost their job to an underqualified, non-white candidate, or were criminally victimised by a non-white individual. Importantly, these traumatic events often reflect not only an attack on the individual in question, but also an attack on their vision of an idealised national identity. White supremacists, for instance, may feel their idealised nation (supposedly founded, built, and civilised by whites, for whites[2]) is threatened by the increasing social and economic power of other groups.

This diathesis-stress framework is not definitive, of course, because individuals will have vastly different thresholds for stress, both in amount and content required to provoke a response. However, it does help to model why only a small subset of people with extremist, exclusionary ideology convert that ideology into violent action. It is crucial to remember that in addition to differences across individuals, there may be vast differences across groups in their ideology and propensity to encourage or tolerate violent conversation and action. There is often slippage in popular discourse when discussing groups on the political right, such that the boundaries are blurred and conflated among various neo-Nazi groups, citizen militias, border patrol groups, certain political lobbies, and others. In fact, there are typically enormous differences across most factions of these groups in terms of their ideology, aims, and membership.

Avoid Contributing to the Problem

It is important that such variations across groups be preserved when researchers, journalists, and law enforcement discuss groups on the right because a failure to do so may only increase some groups’ propensity for violent or otherwise problematic behaviour. For example, in 2009, the U.S. Department of Homeland Security released a report on ‘right-wing extremism’ when I was conducting an ethnographic- and interview-based study of the Michigan Militia. Many militia members were frustrated by the report, believing it equated them with neo-Nazis and terrorists. Several militia groups disallowed, albeit temporarily, media representatives and other members of the general public from attending their training functions. While the vast majority of militia members in Michigan are law-abiding citizens, such frustration with the government (especially alongside an increasingly closed and harder to observe group structure) had the potential to serve as a triggering life stressor for some members who were already economically and otherwise marginalised.

We must also be mindful of the images we show of successful terrorists. Images of Page singing for his supremacist band may serve to glamorise the group and its goals to some prospective members. Similar caution is needed when detailing the desired aims of such groups, as violent action is often intended to further these ends.

I have only begun scratching the surface here of what could be said on the topic of extremist violence. In conclusion, I want to suggest that one of the most effective solutions researchers can contribute to this problem is more studies of the political right. I caution, however, that we must not merely rely on internet posts or printed materials in this process, and must understand group members on their own terms to accurately assess groups’ nuances and potential threats.

Amy Cooter is a Ph.D. candidate in sociology, University of Michigan

If you are interested in submitting an article to SEN Journal: Online Exclusives, please email us at sen@lse.ac.uk.

[1] Terrorism of this nature is certainly not limited to individuals on the political right; similar tactics and aims may undergird the recent shooting at the Family Research Council in Washington, D.C. by an LGBT rights supporter, for example.

[2] A further discussion of this point can be found in A. Cooter (2011): ‘Neo-Nazi Nationalism,’ in Studies in Ethnicity and Nationalism (Vol. 11, Issue 3). A preview of this article will be posted later in the week.